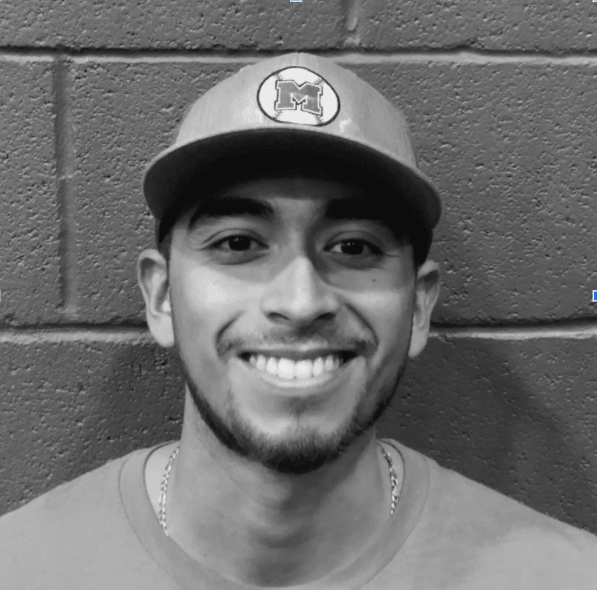 Baseball Instruction and Strength Coach. Alex played at Roosevelt University as a pitcher from 2011-2015. Currently serves as a Special education teacher at Mundelein High School and specialize in mathematics. 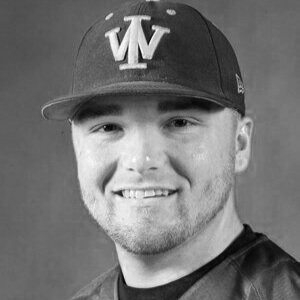 Specializes in Baseball hitting instruction – focused on HS level. Chris Brown had a successful prep career at Grayslake Central HS where he was a catcher and outfielder for the 2009 Class 3A State 3rd Place team. After a productive prep career, Chris received a baseball scholarship to St. Ambrose University (Division 2, NAIA). After his playing career, Chris moved into the professional ranks as an Associate Scout with the Texas Rangers.

His primary focus is scouting high school and college players in the Chicagoland and Southern Wisconsin area. He will enter his 5th season with the Rangers in 2019. Coach Brown has coached all levels of HS travel in his tenure has had more than 20 players move on to play collegiality. Chris currently is on the coaching staff with MVP Elite Baseball organization.

Played at Mundelein High School, where he was twice named to the Illinois All-State Team as a Pitcher and once as a 3rd Baseman. He helped the Mustangs in 2002 to a school record in wins (32) and a 4th Place Finish in the IHSA State Tournament. Clay earned a scholarship to play at Michigan State University as well as Indiana State University, where he appeared in 60 games and hit close to .300 over his collegiate career.

Clay is now the Varsity Head Coach at Wauconda. 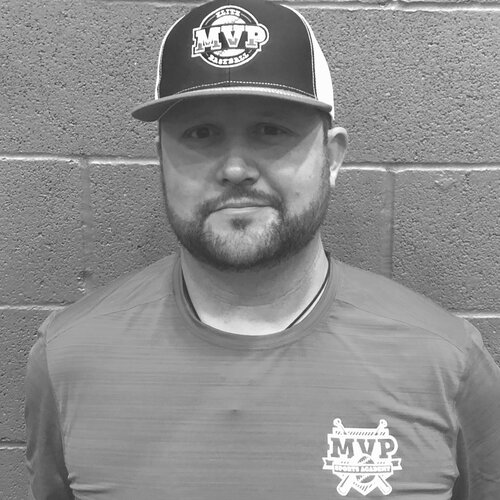 Baseball Instruction. Specializes in hitting and fielding. Coach Holbrook, a switch-hitter, was a member of the University of Nebraska team that won the 2002 Big 12 championship team and played in the College World Series. 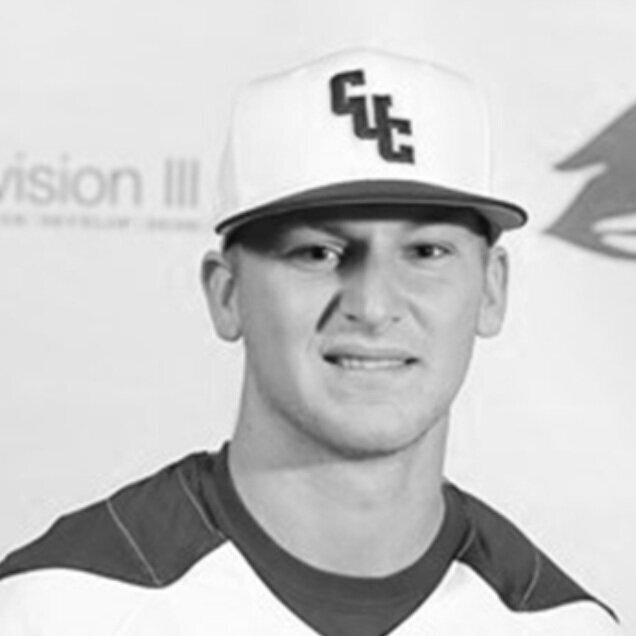 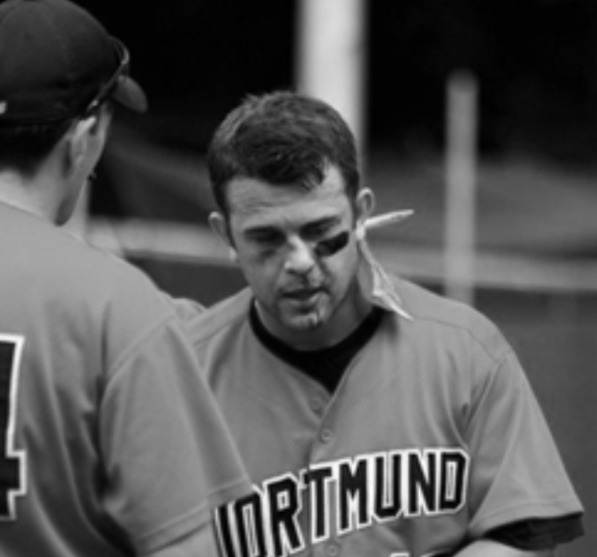 Baseball and Softball Instruction. Specializing in catching, hitting, fielding, speed and agility. Wauconda High School ‘02 standout and second team all-American catcher at Missouri Baptist. In 2007, continued his catching career in the German Professional League. Has been coaching youth baseball for the past 12 years and currently on the coaching of the MVP Elite Baseball organization. 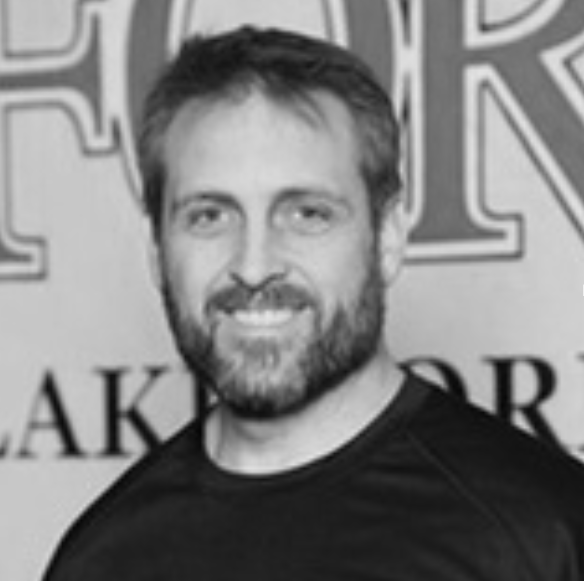 Softball Instruction. The 2021 season will be Joe Kinsella’s 15th at Lake Forest College and 22nd as a collegiate head coach. The three-time Midwest Conference South Division Coach of the Year owns a 274-180-1 overall record.

Kinsella graduated from Joliet Catholic High School in Joliet, Illinois, and Illinois Wesleyan University. His high school football team captured a state title and his college squad advanced to the second round of the NCAA Tournament. 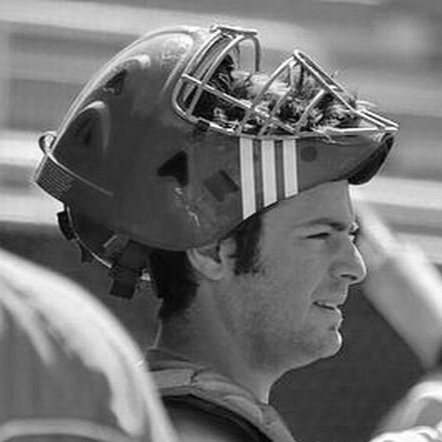 Specializes in Hitting and Catching. 2011 Graduate of Mundelein HS. Continued education at Eastern Illinois University. Since Graduating, John has been developing players at the youth and HS Levels. 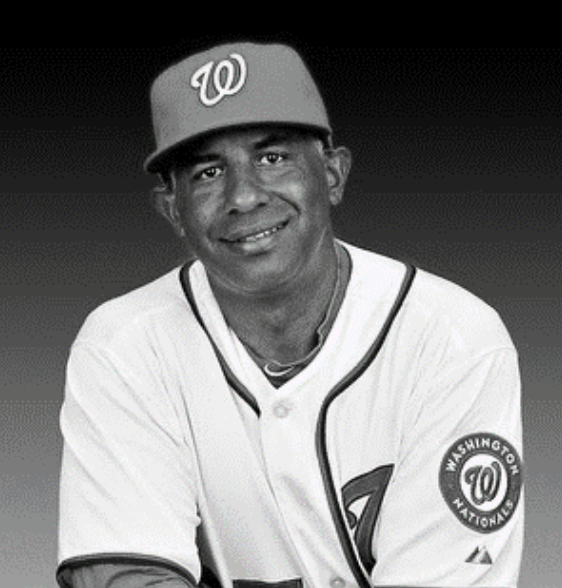 Martinez was drafted by the St. Louis Cardinals in 1985 and spent 8 seasons playing Professional Baseball. In addition, he has coached on the major league level for 13 seasons which includes a five-year stint with the Chicago Cubs (doubled as Sammy Sosa’s personal hitting instructor) and an eight-year stint with the Washington Nationals where he has worked with MLB superstars Ryan Zimmerman and Bryce Harper.

Recently, Martinez served as the Trinity International Trojans Hitting Instructor in addition to working with infielders and sharing recruiting duties. 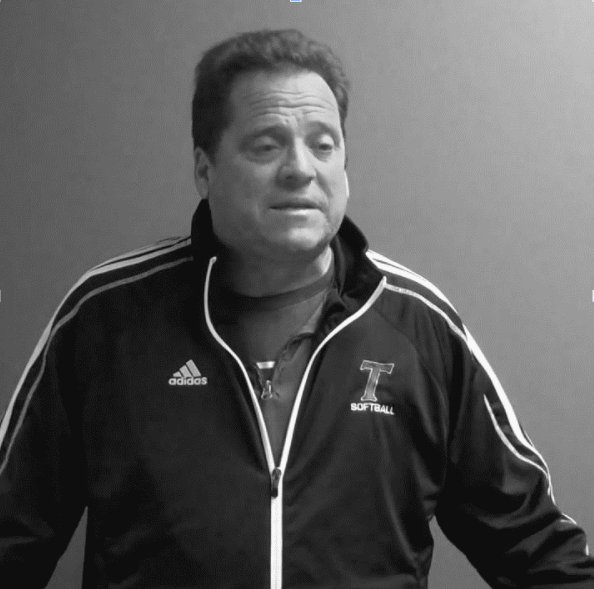 Coach Kent founded Illinois Impact Fastpitch Softball in 2010 and is currently a Softball Instructor at MVP Sports Academy in Lake Zurich, IL, where he provides instruction in pitching, fielding, and hitting. He is also In his 3rd year as the Head Softball Coach at Harper College in Palatine, Illinois.

He previously was the Head Softball Coach at Trinity International University in Deerfield, Illinois from 2016-2018. At Trinity, he turned around a program that had won 3 games in the previous 4 years, winning 52 games over the next 3 years , and leading the team to a 29-19 record and an appearance in the NCCAA World Series in 2018. Coach Kent has over 38 years of softball coaching experience. 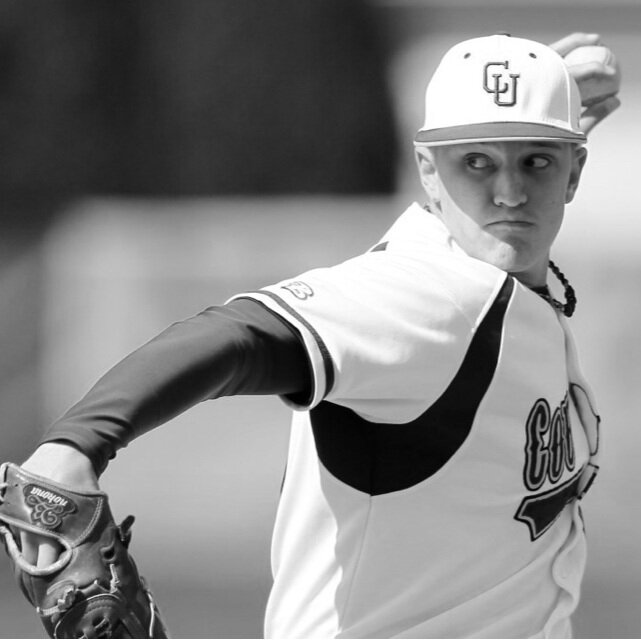 Baseball Instruction. Specializes in pitching and fielding. Standout High School pitcher from Schaumburg, IL. Concordia University Chicago 2015 Secondary Education/Chemistry graduate. Has been coaching at the youth level for 7 years and currently on the coaching staff of MVP Elite. 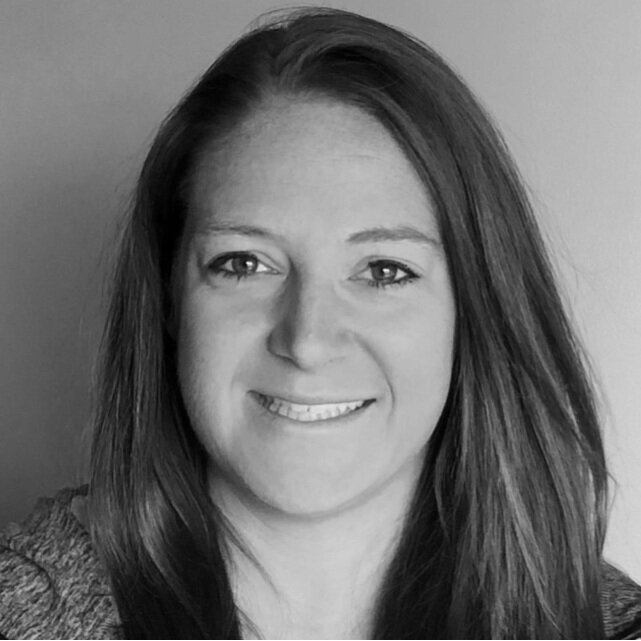 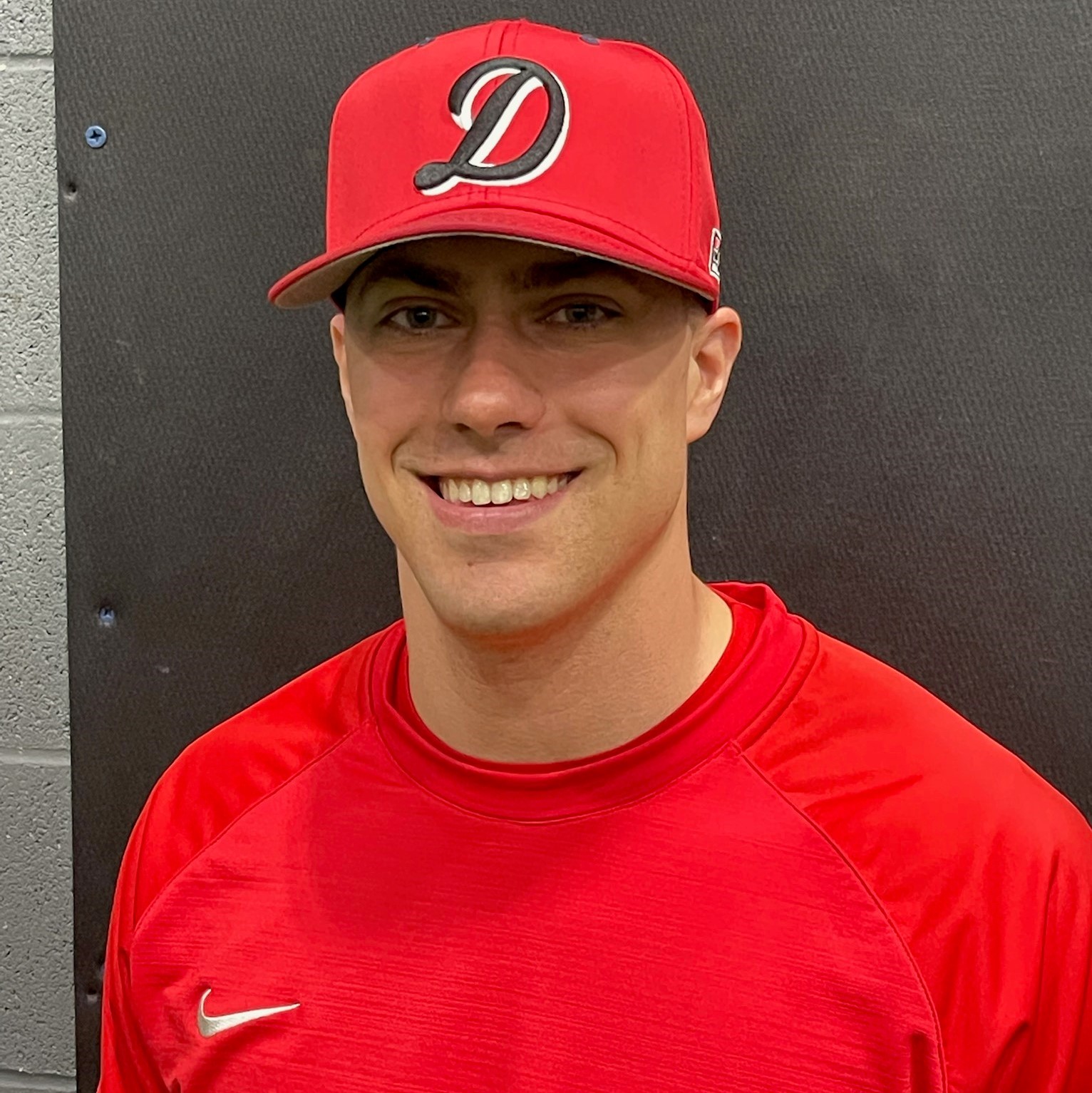 Matt Langlie, a native of Mundelein, IL, and graduate of Mundelein High School and UW-Whitewater, retiree from the US Marine Corp. 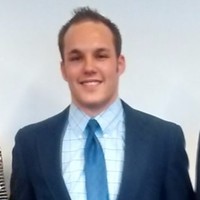 After graduating from Lake Zurich High School in 2013 and playing varsity baseball, Coach Mike played Jr. College baseball at Lewis and Clark  Community College in St. Louis, and went on to play two years at Benedictine University in Lisle, graduating in 2017.

Out of College, Coach Mike immediately began working with a Lake County based travel baseball program, coaching teams from 9U through 14U and overseeing all youth baseball operations. Coach Mike continues to Play and manage operations for a Chicago based Semi-Pro team – The Addison Braves.

Coach Mike also works full time in the commercial Insurance Industry. After a leave from coaching in 2021, Coach Mike is excited to Join MVP Baseball in 2022 and offer his expertise to the growing talent of the youth program.

Coach Mike specializes in pitching and catching instruction, as well as preparing the youth for High School Baseball.

Richie spent the past two seasons playing for the Chicago Dogs as a relief pitcher. Currently Richie is on the coaching staff for MVP Elite Baseball serving as a head coach. 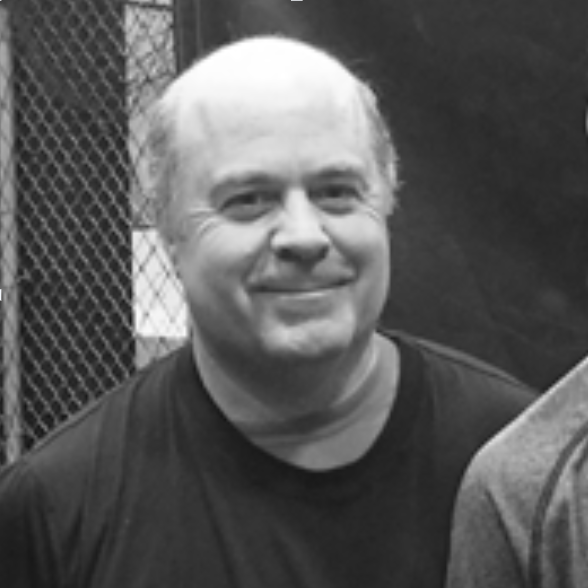 Baseball Instruction. Specialize in hitting. Arnieri was an outfielder in college at Northern Illinois. He was assistant coach at the University of Illinois from 1983-1987. He was a hitting coach in the White Sox chain in 1995. He has been a scout for the Chicago White Sox, Boston Red Sox, San Francisco Giants and since 2007 with the Washington Nationals. 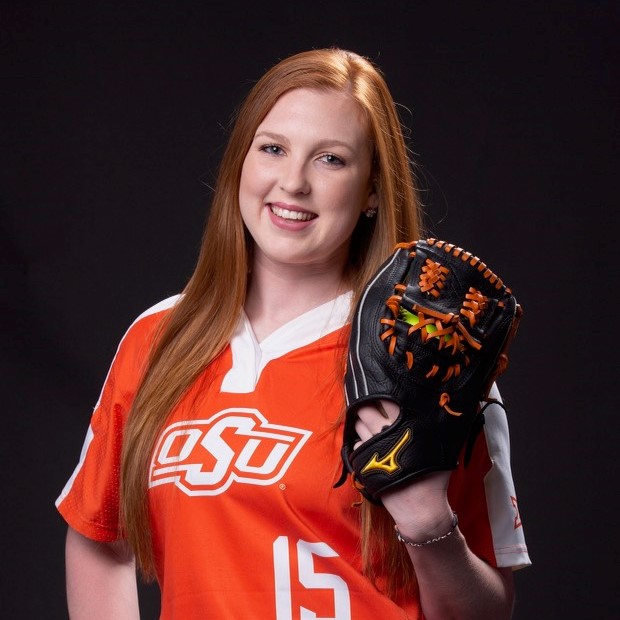 Sydney was a four-year varsity starter and two-time all American. She owns the all-time homerun record. She committed to play softball at LSU her sophomore year. She spent the first two years at LSU and then transferred to Oklahoma State University for junior and senior year. She was an All-SEC and All-Big 12 academic winner every year she was in school. She has been to 3 Super Regionals and 2 Women’s College World Series (one with each team). 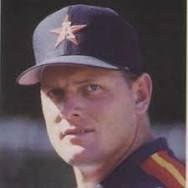 Slowik served 22 years within the Houston Astros’ scouting department, including three as the Astros’ Scouting Director, in which he led all draft initiatives between 2005-2007. He also spent six years as their national crosschecker, four as their Central Region Supervisor and six years as the Astros’ Upper Midwest Area Scout. He served three years on the major-league side of scouting, & as an advanced scout during the Astros’ 2005 World Series run.

In a 10-year span while at the top of the Astros’ scouting department, Slowik assisted in scouting and developing over 100 major-league players, including all-stars Roy Oswalt, Lance Berkman, Hunter Pence, Ben Zobrist & Brad Lidge, to name a few. During that span, the Astros made six playoff appearances, won three division titles & the club’s first-ever World Series appearance in 2005.

Slowik also served as a pitching coach in Class A, working under first-year manager Manny Acta. Slowik has coached at the collegiate, junior college and amateur levels as well.

As a player, Slowik pitched six years professionally, five with the Cubs and one with the Astros, between 1983-1988, advancing to Triple-A. The 6-foot-5 right-hander was drafted in the 27th round by the Cubs out of Rollins College, where he played baseball and basketball.

Seasonal Staff…. RC & John will be rejoining the staff in the fall of 2021. 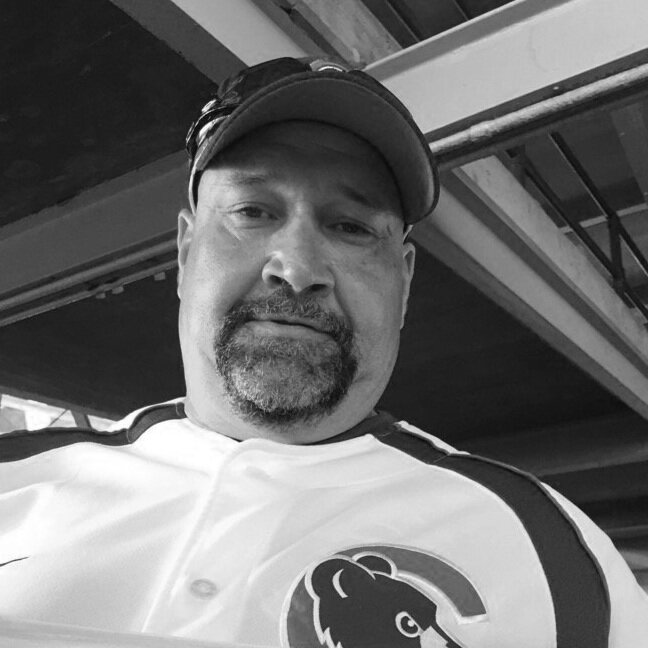 Baseball Instruction. His playing career spanned a 4-year career at the University of Illinois at Chicago from 1982-1987. John was a scholarship player as a 3rd baseman and Outfielder and then made the transition as a catcher after his freshman season. After his collegiate playing career John continued to play Semi-Pro Baseball with several teams in the Chicago area up until the age of 30.

Presently, John is involved and has been a coach in the Mundelein Feeder Baseball program at the 13 and 14 yr old age level. John is available for hitting, infield/outfield, pitcher and catching lessons starting in November through April/Early-Mid May for private lessons. 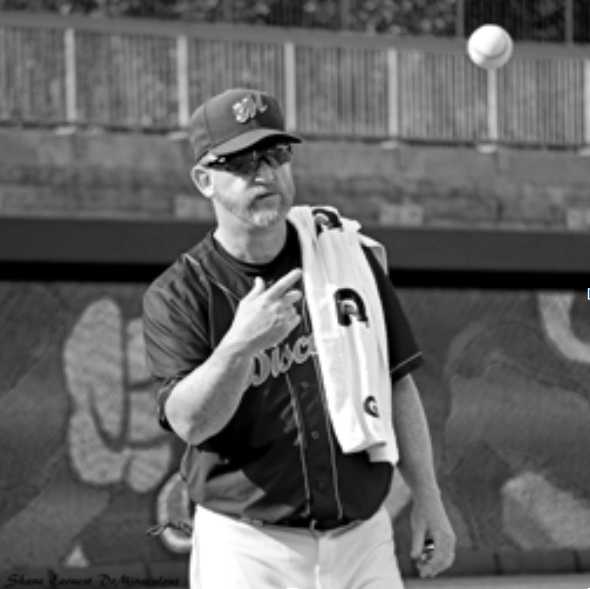 RC Lichtenstein has 28 years of professional coaching experience. He has coached pitchers in all 28 seasons and has managed 3 seasons in Independent Pro ball as well. RC has coached over 120 pitchers who have gone on to pitch in MLB. He has had 2 Cy Young award winners, 1 Rookie of the Year and 10 MLB All-Stars.

RC just completed his 18th season in the Tampa Bay Rays system. He has spent 10 years in Single-A and A+ ball and 8 years at the AA level. During that time, he has coached in the Arizona Fall league twice, Venezuelan Winter League, and the Australian Baseball league. The last two seasons RC helped guide the Rays Single-A affiliate, Charleston Riverdogs. The Riverdogs have the most wins in MiLB over the last two seasons going 82-38 and 88-44. The Pitching staffs have led the Carolina League in ERA both seasons while winning back-to-back Carolina League Championships. In 2021 RC had both the MiLB Starting Pitcher of the Year (Taj Bradley) and the MiLB Relief Pitcher of the Year (Colby White) on his staff. 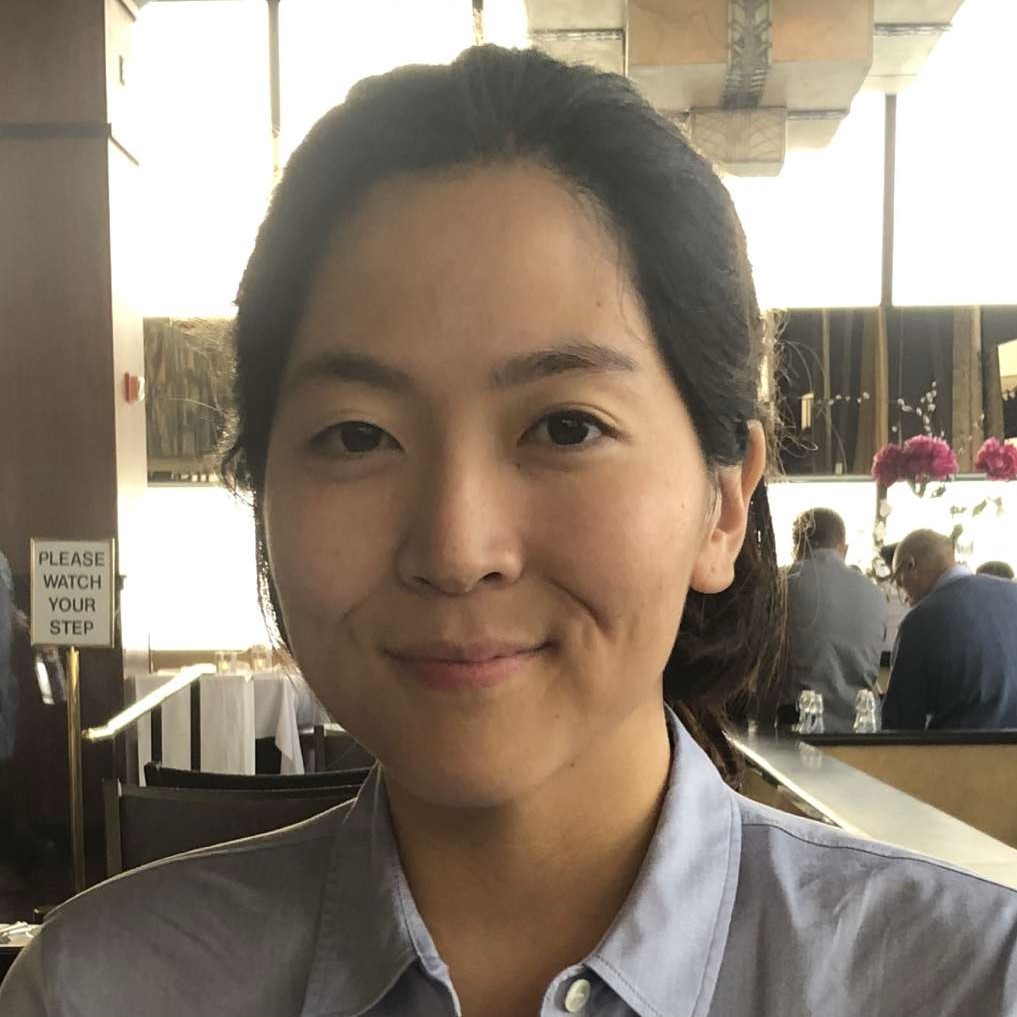 18 years of golfing experience. 15+ years of tournament play. Played professional golf for 3 years. Grace is able to help teens mentally and physically be prepared for tournaments. 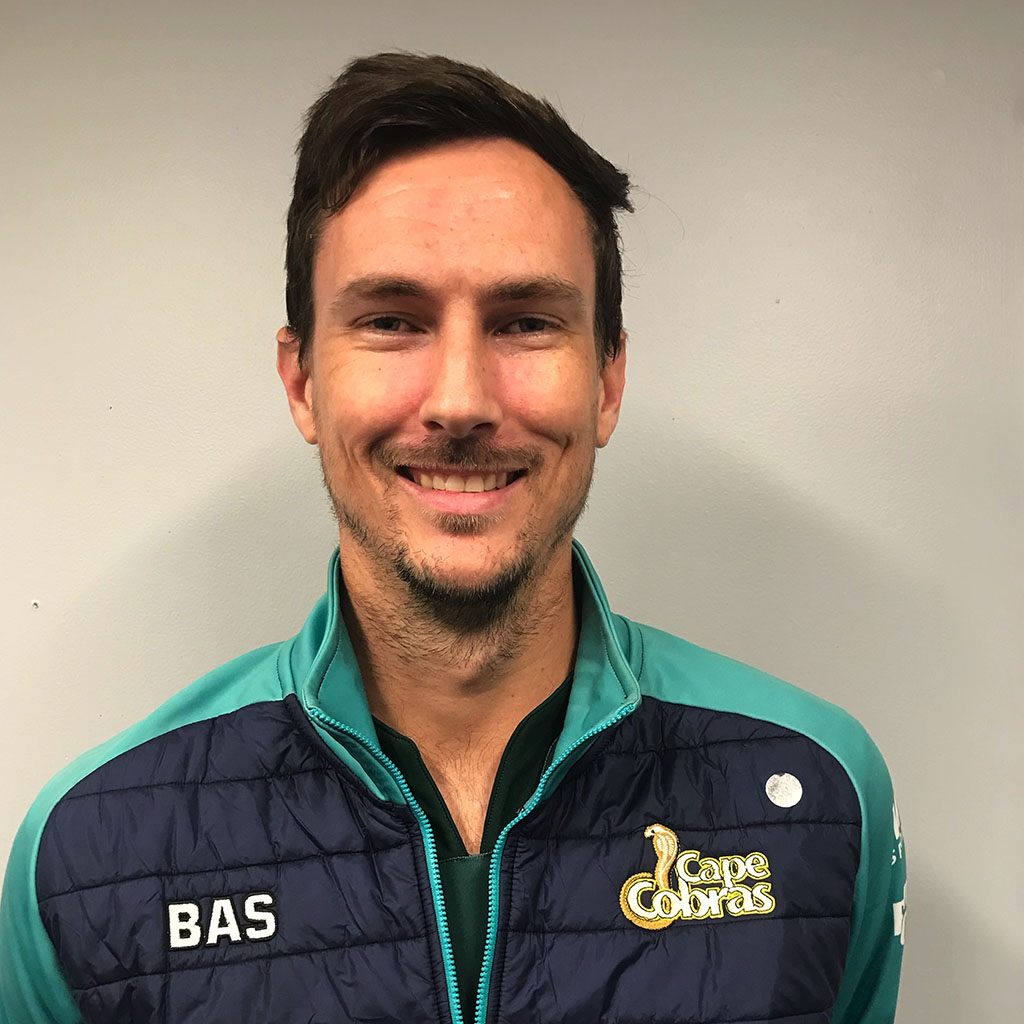 Calvin’s coaching career spans 10 years. He started as CSA level 1 coach in 2012 and became CSA level 2 coach in 2014. 2015. For last several years, Calvin has been the owner and head coach of Dolphin Coast Cricket Academy (DCCA) and most recently was appointed as head coach of St Just colts junior section and operator of their academy.

Calvin’s career as a player began in 2010 at the age of 17 with a debut with SA u19, First class debut and List A debut. In 2012, Calvin joined SA National Academy and represented South Africa for the U19 World cup (finished 3rd); and signed up with Dolphins Franchise. Calvin was part of Dolphins franchise from 2012 through 2020. Calvin has also done 4 stints in UK as overseas professional and represented Furness CC, Hartley cricket club and Darwen cricket club. 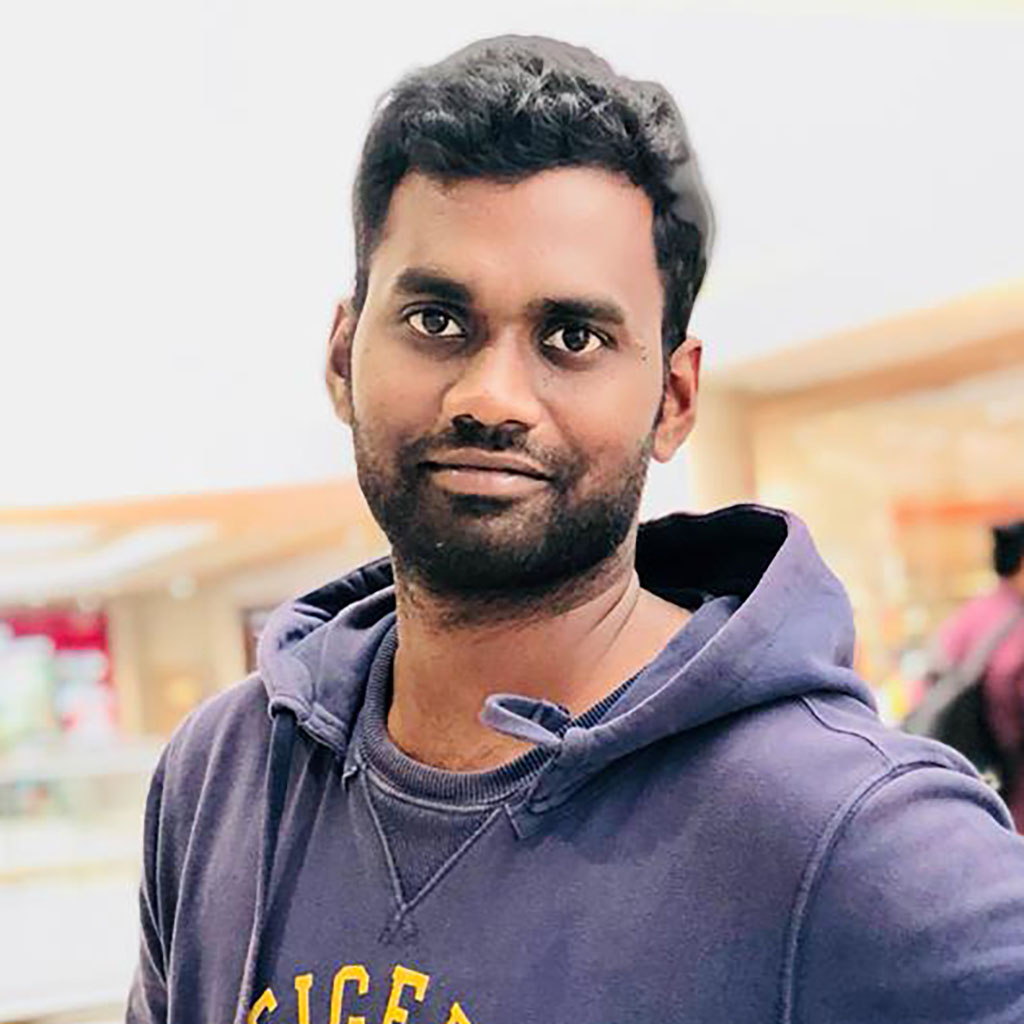 Dheeraj (DJ) is a certified wicket keeping coach from Root Cricket Academy UK and also ACA Level 2 coach. He has played college level cricket in Andhra and corporate & club level cricket in Chennai. He has been associated with CYCA from the past 2 years.

At CYCA, Dheeraj is our lead coach for wicket keeping. 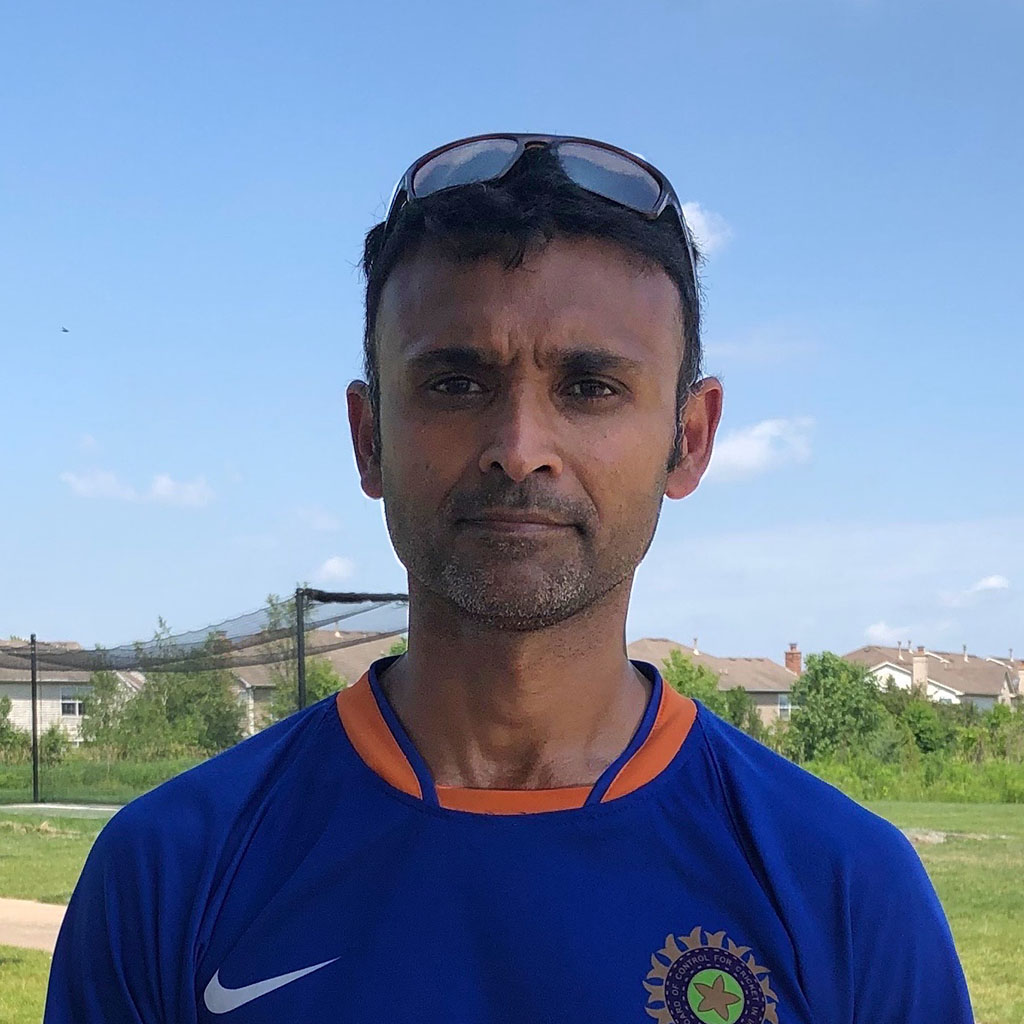 Mehul leads the Coaching team at CYCA. While a structural engineer by trade, Mehul’s first love is Cricket. 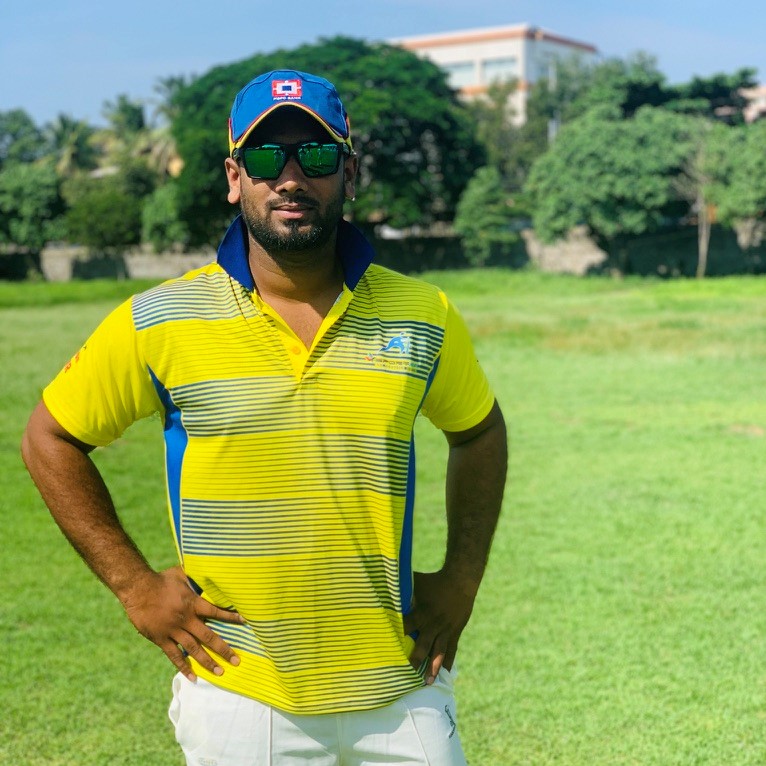 Sandeep brings his passion for the sport of cricket to his Coaching techniques. When he is not working as a QA Engineer, he is on a cricket field either as a team member or as a coach for kids with CYCA. 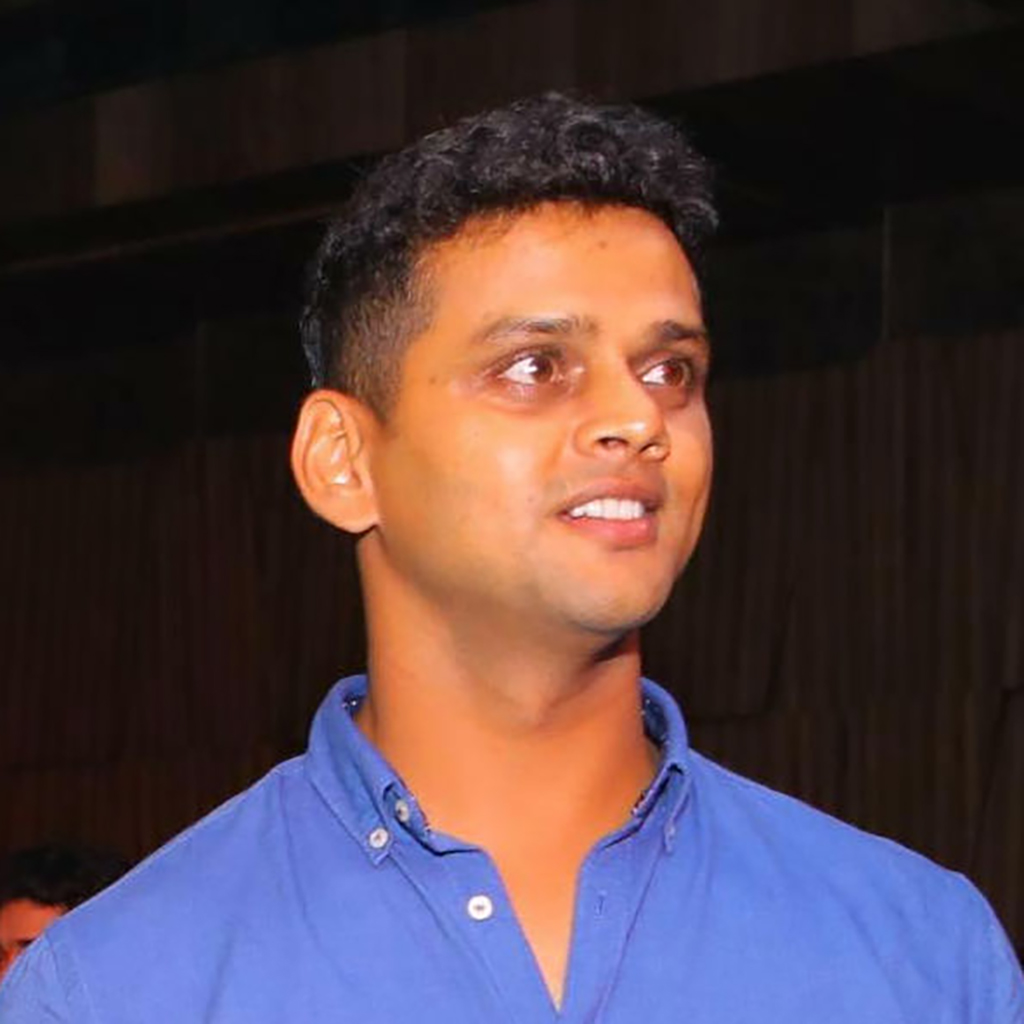 Vineet brings lot of cricket experience to our academy as a coach. He has trained under Dennis Lillee at MRF pace foundation for 2 years. He is ranked as the fastest bowler in Mumbai (7th in India). Vineet has represented Mumbai against England’s national team; Mumbai’s U23 team; Poland’s national team for 4 years and has played league cricket in UK for 8 years.

Vineet’s coaching credentials include: coaching Premier Division in UK; coaching in DY Patil with Tendulkar Middlesex Academy as a guest coach and coaching for Achievers Cricket Academy in Mumbai.